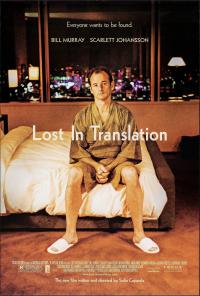 Humans long for connection. It’s simply one of the most necessary tools for thriving, and it often manifests in unpredictably poignant ways. Some may even argue these unforeseen connections are those that become most powerful.

Those connections, once found, are ageless.

They don’t bend to the will of time, they lock themselves in the nonlinear conscious minds of each party forming that bridge. This dynamic is what astonished viewers in Lost in Translation all those years ago, and it’s what makes the film still so poignant and resonant today.

Set in 2003 in Tokyo, Japan, Lost in Translation depicts two lost souls navigating their way through a foreign land. Bob Harris (Bill Murray) is an American movie star well passed his prime, and Charlotte, another American and recent Yale graduate and newlywed, lacks direction on the opposite end of her journey – the start.

Throughout their experiences in Japan, both struggle to establish meaningful connections with those around them. Harris, filming a Whiskey commercial, often can’t or entirely misunderstands the directors with whom he works. Charlotte, meanwhile, is left to her own devices while her husband, a celebrity photographer, flees the walls of their hotel room to set out on his career.

The two leads, staying in the same hotel, exchange glances, smiles, and finally pleasantries. They eventually spark a slow burn friendship so powerful it transcends romance, instead translating an emotional fulfillment neither party has had in their lives for quite some time.

The greatest asset to the narrative is the multitalented force at the film’s helm, Sofia Coppola. Earning an Academy Award for Best Original Screenplay for the film, the auteur not only scribes some of the most natural dialogue in contemporary cinema, but flawlessly directs the two leads. She curates an atmosphere so organic and unique to similar, for lack of a better term, romantic dramas.

Lost in Translation withstands the test of time through the universality of themes, delicate performances, and sharp screenwriting. Other aspects of the film, though, feel certainly dated.

The opening shot is an entirely unnecessary spotlight on Johannson, and the encompassing culture of Japan reads superficial and, at points, ignorant. Where some may find the lead duo’s intrigue of one another to be taboo given their age difference, the absence of any physical intimacy actually acts in the film’s favor.

Instead of asking the trite question, “Will they? Won’t they,” viewers are challenged to understand the motivations of each character. They are encouraged to seek to uncover the characters’ perspectives on the connection they are establishing in a world where their understanding of anything exterior is vastly limited.

With an intentionally unconventional spirit, Lost in Translation is an incredible analysis of what it means to feel truly alone. More, it reveals the nature and necessity of connection independent of superficial factors like age or environment. Anyone with an interest in classic films of yesteryear should absolutely venture into the hyper real world constructed by Coppola and company. With this film alone, the filmmaker lives up to her family name.