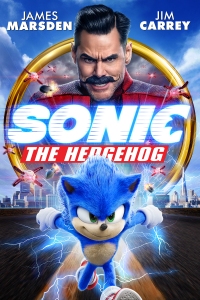 Perhaps no one will forget the original trailer to Paramount’s Sonic the Hedgehog. Intended to depict the classic video game creator realistically, the animation instead came across as strange and creepy.

When a film’s trailer receives this kind of response, it rarely goes on to succeed (see 2019’s biggest disaster Cats). Even more infrequently do video game adaptations get properly executed by major film studios (looking at you, Prince of Persia). That’s what makes Sonic the Hedgehog such a surprise treat.

A family adventure, the film is the perfect mix of contemporary pop culture humor, safe action, and solid performances. To say suspension of disbelief is required goes without saying, as this film was never intended to be anything more than fun popcorn fare.

Opening with a quick backstory on the titular blue alien, the film takes viewers into a rural town in Green Hills, Montana. Officer Tom Wachowski (James Marsden) grows weary of the inactive town, longing for a relocation in San Francisco where he can prove himself as a cop.

Meanwhile, Sonic navigates solitude in Green Hills. He plays ping pong, watches baseball, and taunts Wachowski during his roadside shifts. When Sonic eventually reveals his location via a lightning bolt on the town baseball field, he seeks to escape to another planet using his teleportation rings. Before he’s able to, Wachowski finds him and shoots him with a tranquilizer gun, forcing Sonic to lose his rings.

The remainder of the film sees Wachowski and Sonic teaming up to retrieve his rings, all the while being hunted by the comically heinous Dr. Robotnik, played by no other than Jim Carrey.

What makes the film successful is the ease with which the filmmakers execute it. Its breezy and concise. Jason Schwartz, voicing Sonic, brings a charisma that suits the character excellently. While there are moments when Jean Ralphio creeps in, he largely nails the role.

Similarly impressive, unsurprisingly, is Carrey’s turn as Dr. Robotnik. Carrey’s brand of quirk and unpredictability is perfect. He too brings a lot to the table, providing the film with an adequate adversary to the superpowered mammal.

Some may find the film to easy to digest, with a lot of largely unoriginal and easily forgettable action sequences. The final act spark scoffs form a few viewers, with some plot developments too outlandish to be forgiven by some.

Its this lack of pressure that makes the film a fun ride, though. Nothing incredible or forward thinking, just genuine fun for the youth in everyone. More, it leaves room for a string of sequels that will hopefully introduce viewers to the greater cast of characters in the SEGA game family.

Until then, Sonic the Hedgehog is a an easy reality breach for a crumbling 2020.